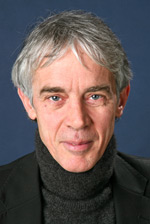 Sparsity as a modeling principle has been part of signal processing for a long time, for example, parametric methods are sparse models. Sparsity plays a key role in non-linear approximation methods, in particular using wavelets and related constructions. And recently, compressed sensing and finite rate of innovation sampling have shown how to sample sparse signals close to their sparsity levels.

In this talk, we first recall that signal processing lives on the edge of continuous- and discrete-time/space processing. That duality of the continuum versus the discrete is also inherent in inverse problems. We then review how sparsity can be used in solving inverse problems. This can be done when the setting is naturally sparse, e.g. in source localization, or for solutions that have low-dimensionality in some basis. After an overview of essential techniques for sparse regularization, we present several examples where concrete, real life inverse problems are solved using sparsity ideas.

First, we answer the question “can one hear the shape of a room”, a classic inverse problem from acoustics. We show a positive answer, and a constructive algorithm to recover room shape from only a few room impulse responses.

Second, we address the problem of source localization in a graph. Assume a disease or a rumor spreading on a social graph, can one find the source efficiently with a small set of observers? A constructive and efficient algorithm is described, together with several practical scenarios.

Third, we consider the question of sensor placement for monitoring and inversion of diffusion processes. We present a solution for monitoring temperature using low dimensional modeling and placing a small set of sensors.

The ideas of sparse, regularized inversion are finally applied to the problem of trying to recover the amount of nuclear release from the Fukushima nuclear accident. We show that using a transport model and the very limited available measurements, we are able to correctly recover Xenon emission, while the Cesium release remains a challenge.

Martin Vetterli received the Dipl. El.-Ing. degree from Eidgenössische Technische Hochschule (ETHZ) in 1981, the Master of Science degree from Stanford University in 1982, and the Doctorat ès Sciences degree from Ecole Polytechnique Fédérale de Lausanne (EPFL) in 1986.

In 1995, he joined the EPFL as a Full Professor. He held several positions at EPFL, including Chair of Communication Systems and founding director of the National Competence Center in Research on Mobile Information and Communication systems (NCCR-MICS). From 2004 to 2011 he was Vice President of EPFL for international affairs, and from 2011 to 2012, he was the Dean of the School of Computer and Communications Sciences. Since January 2013 he is President of the National Research Council of the Swiss National Science Foundation.

He works in the areas of electrical engineering, computer sciences and applied mathematics. His work covers wavelet theory and applications, image and video compression, self-organized communications systems and sensor networks, as well as fast algorithms, and has led to about 150 journals papers, as well as about 30 patents that led to technology transfer to high-tech companies and the creation of several start-ups.

He is the co-author of three textbooks, "Wavelets and Subband Coding" (with J. Kovacevic, Prentice-Hall, 1995), "Signal Processing for Communications" ( P. Prandoni, EPFL Press, 2008) and "Foundations of Signal Processing" (with J. Kovacevic and V. Goyal, Cambridge University Press, 2013). These books are available in open access, and his research group follows the reproducible research philosophy.